Tears, And The Power Of Praise

We finished our Saturday evening visitations where each student had a particular area, inviting people to attend church on Sunday. My job was to pick up the students in each of their locations throughout the city and bring them back to the dormitories in those days.

The last one of these areas was a place called Typoco Village. It was a resettlement area where settlers had been relocated from the seaside and given a small lot. Most of the residents in that area were poor and could only afford native-type houses. Gina, our bible student, and her companion were waiting on me as we pulled over beside the road to pick them up. Gina did not get into the jeep but came up to my window and asked to speak. She told me one of our church members, Alisha, who lived in that area, needed to see me. She asked if I would pray with Alisha because things were difficult for her.

I pulled the jeep over and instructed the Bible students to wait for me. As Gina and I began walking through the village, going to Alisha’s house, she told me what things Alisha had been going through. I remembered Alisha from our church. She had been saved in our church, and I had the opportunity to baptize her. She had been faithful to attend the services and was excited about serving the Lord. As we approached the house, I saw the walls of the house had been damaged by the storms and rain of the past typhoon. The roof made of nipa was in much need of repair, and I saw where rain had fallen into the house.

Alisha had three children, a four-year-old with cerebral palsy, crippled, lying on the floor. The second child was two years old, naked with no clothes. The one-year-old was still nursing her breast. I noticed the cooking area where the family cooked their meals; the pots were turned upside down. When we saw that in the villages, it meant there I,s no food in the house to cook most of the time. I asked Gina how long they had been without food, and she told me they were out of food for two days.

The husband left the family two weeks before. He ran off with another woman to another island. In the Philippines, they do not have welfare programs like America, nor could the neighbors help because most of them were suffering from poverty also. Early that morning, Alisha found out she was pregnant again with her fourth child. She just sat and cried. I didn’t know how to help her. I mean to say that I could have helped with some fish and rice, but what about next week, or what about next month? What could she do for a living with a child on the breast and one to be born? I sat down beside Alisha, and I cried with her. We took turns as she would call, and I would cry. I know that doesn’t sound very “spiritual,” but my heart was broken when I saw her suffering.

We prayed as we left that evening, and I sent Gina to the city to buy some rice and fish for the family to eat. The children were hungry, and it was getting late into the evening. I went home with a heavy heart and finished my study for Sunday messages. On Sunday morning, I went out of the church and greeted people as they came in. The jeepneys were full of people, children running and playing in the churchyard, and yes, the pastor was happy to see the crowds of people coming to worship. The jeep from Typoco arrived fully loaded with people inside the jeep and on top of the jeepney. I was happy to see everyone had made it to church and tried to shake their hands as they came down from the jeepney.

Alisha was one of the last ones since she had the children to look after. She smiled at some of the ladies that helped her with the children. She had one child in her arms, one by the hand, and the other child was holding onto her skirt. Alisha made her way over to where I was standing and shook my hand. She said good morning and then stopped for a second, looked at me, and said, “Pastor, can I give an offering this morning?” I don’t know of any Pastor who would turn down an offering, including myself. She said, “You know that I don’t have any money, don’t have any fish or banana, but I got a song that I would like to offer unto the Lord. Can I offer my song Thanksgivinging?”

It is easy to praise God when we got a thousand dollars in our pocket. It is easy to praise him when we pull into the church parking lot in our brand-new car. Everyone runs up to us and says, oh, you got a beautiful vehicle, and we smile and say, “Praise the Lord.” Easy to smile and praise the Lord when we ride by the hospital, and we don’t know any patients in there. All of our family and friends are healthy, and we can hold our heads back and say, ‘Praise the Lord’. But let me ask you, can we Praise God when we got nothing? Can we praise God when the hell is on our backs, and nobody cares? Can we praise God then? That morning was just like any other Sunday morning. Same three songs, take up an offering, just going through our normal dah de dahs like most church services. The choir sang their songs and came down, so it was time for me to preach. As I went up to the pulpit, I stopped for a moment and said, “Before I preach this morning, we have a lady of our church who would like to give an offering Thanksgivinging. Alisha wants to offer her song unto the Lord, so she will come now to show her music.

Not many in our congregation knew Alisha. Our people came from all parts of the city of over 300 thousand. Only a few in the Bible college students knew what was going on in Alisha’s life. Alisha came and stood behind my pulpit, and all she had to offer was a song and two eyes full of tears. She began to sing in her dialect the Twenty Third Psalm.

The Lord is my shepherd; I shall not want. He maketh me to lie down in green pastures; He leadeth me beside the still waters. He restoreth my soul:

When she got down to that line, something began to happen. Until that time, for two years of church services, we had never seen a ‘real’ move of God. Indeed, we had seen people saved, and I had the liberty to preach the meetings, but I am talking about a ‘real move of God.’ I am talking about when His presence shows up so real that you cannot explain the atmosphere. I am talking about the supernatural moving into a church service that no one can sing in, shout in, or preach in! I am talking about God coming on the scene and manifesting Himself in such a way that no one can explain. I looked out into the congregation and saw something I would never get over. People began to weep and cry. Some got up and came down to the altar; some people just knelt in the isles. I couldn’t explain what was happening, but I did know that the Lord had just stepped into the meeting! That night we returned to the church, and the same thing happened again.

Every time we experience a move of God in our church now, I trace it back to the day that one woman who had nothing, who was going through the trial of her life, decided to offer up an “Offering of Thanksgiving.”

Ps 116:17 I will offer thee the sacrifice Thanksgiving and will call upon the name of the LORD. 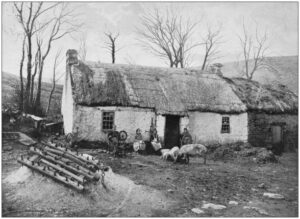 There are times and situations on the mission field that we never forget. How do we help people that actually live with the pigs? How 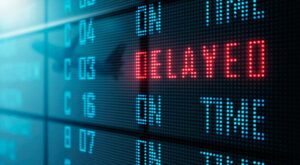 I was sitting in the airport waiting to board the plane for my long flight back to the Philippines. The desk clerk announced my flight